After having both hips replaced in less than a month, Dominic feels 20 years younger

Dominic Mastrodonato had two hip replacements performed within three weeks of each other. “Why drag around on a bum leg for a year? I figured I may as well get it done,” he says.

Before going to Mark Schinsky, MD, at Castle Orthopaedics and Sports Medicine, Dominic had been advised to wait as long as possible to have the surgery, because he will likely need to have replacements again. He is in his early 50s.

“I decided I wanted quality of life now,” he says. “I wanted to be able to walk. My mobility was becoming less and less. I found Dr. Schinsky and everything was great.”

Now back to routine activities, Dominic says he enjoys just being able to walk. “I’m feeling great. I walk from the far end of the parking lot. Other pains that I had have now improved. I feel 20 years younger – it’s fantastic!”

The 52-year-old patient says he would recommend Dr. Schinsky and Rush Copley “in a heartbeat” because Dr. Schinsky is always studying, learning and keeping up with the latest improvements in his field. “He tweaked his procedure in the three weeks between my two surgeries,” he says. “That’s impressive. He stays on top of his game.” 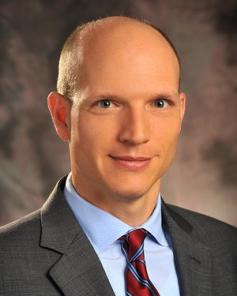