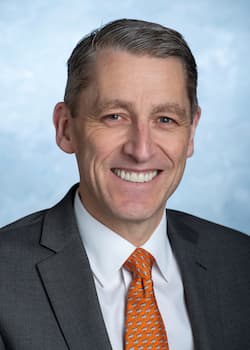 Ancell has volunteered on several health-related and other committees and boards, and currently serves on the advisory council of the Association of Healthcare Philanthropy’s Healthcare Philanthropy journal. He earned a BS (Hons) in zoology and physiology from the University of East Anglia, a postgraduate diploma in business administration from the University of Surrey and an MS in strategic fundraising and philanthropy from Bay Path University, where he teaches major gift fundraising in the Graduate School of Arts, Science and Management. He is a certified fundraising executive (CFRE).