Find a doctor Request an appointment

Although peripheral vascular disease (PVD) is not fatal, the underlying cause can be. Here's what you need to know to...
Read More 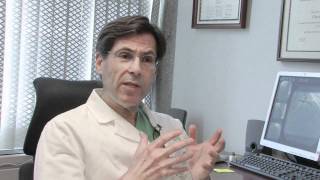 What Are the Symptoms of Peripheral Vascular Disease? 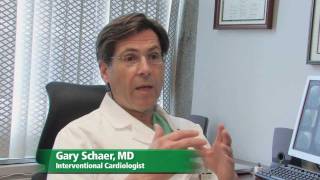 What Causes Peripheral Vascular Disease? Can it Be Prevented?

6 things every woman needs to know

Peripheral vascular disease (PVD), also known as peripheral artery disease or hardening of the arteries, is caused by fatty deposits that build up inside artery walls and restrict blood flow to the limbs. The most common — but not universal — symptoms are burning leg pain and tiredness that happen while walking and subside with rest.

Untreated PVD can cause blockages that result in serious complications such as lack of blood flow to the legs; heart attack; stroke; or, in the most severe cases, gangrene in the legs and feet that could lead to amputation. That's why it's critical for women to know more about PVD.

1. Women experience PVD at the same rate as men, but physicians don't always look for it.

The same is true for PVD, he says, although some gender-specific data is becoming available. In one study cited by the AHA, women were more than twice as likely as men to report "atypical" symptoms, including leg pain that began while resting. And in a Swedish study, more women than men were diagnosed with PVD after having no symptoms at all.

2. PVD is not related to varicose veins, spider veins or other vein symptoms.

Although many people confuse the two conditions, Reddy stresses that PVD is not the same thing as venous disease, also known as venous insufficiency.

Venous disease happens when the valves in leg veins don't work properly and blood pools in the veins instead of being pumped back to the heart. This causes leg swelling, achiness and heaviness that feels better when you put your feet up. It also can cause varicose veins and a reddish-brown discoloration on legs or ankles that may become permanent. It's a serious condition, but this is not PVD.

"Women who have leg pain often think it's related to their varicose veins or to being on their feet all day, or that it's simply due to aging," Reddy explains."Because of that, a lot of women don't even think to report the pain to their primary care doctors even though it can be a sign of PVD."

While you can't do anything about your family history, making lifestyle changes can help. If you smoke, preventing PVD is one more good reason to quit. And if you have diabetes, keeping it well controlled can reduce your chances of developing PVD.

If you have any of the risk factors for PVD, even if you're not experiencing symptoms, ask your primary care doctor to do a quick check of the pulses in your feet during an office visit. If it's difficult to feel a pulse, your doctor may refer you to a specialist for a test called an ABI, or ankle-brachial index.

When intervention is needed, most PVD patients can be treated on an outpatient basis with balloons or stents (mesh tubes) placed in the affected arteries through a very fine catheter or tubing.

But because women often don't show PVD symptoms, they're much more likely than men to come to Reddy with advanced cases of the disease. "Minimally invasive procedures like a stent may not be options anymore when PVD is extremely advanced," he says. Those cases may require invasive surgery to bypass blocked arteries.

Just as the AHA's "Go Red for Women" campaign aimed to educate physicians and the public about the impact of heart disease on women, "it's really important to raise awareness about how frequently PVD affects women," Reddy says. "Women need to be their own advocates to help make sure that we catch and treat PVD as early as possible."

Find a doctor Request an appointment

Although peripheral vascular disease (PVD) is not fatal, the underlying cause can be. Here's what you need to know to...
Read More

What Are the Symptoms of Peripheral Vascular Disease?

What Causes Peripheral Vascular Disease? Can it Be Prevented?

Whether you're a woman or have loved ones who are women, knowing these facts about stroke can help save lives.

A nurse practitioner at Rush explains why women need heart care that's customized for them.

These four tips can help you lower your risk of heart disease for good.