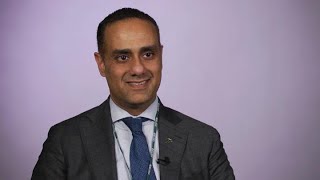 How the Body Regulates Heat

A Rush expert discusses what can happen when your body temperature goes awry, from heatstroke to hot flashes to fever.
Read More

Investigating the role of cold in medicine

Every day doctors at Rush become detectives as they diagnose and treat a variety of medical issues. While many of these are open-and-shut cases, some aren't.

Read on as a few of them open the files on orthopedic, neurological and urological "cold" cases.

If you have a "frozen shoulder," it doesn’t mean that your upper arm is encased in ice.

In fact, you're more likely to feel warmth in the shoulder joint. That's due to the inflammation that accompanies a frozen shoulder, otherwise known as adhesive capsulitis — a thickening and stiffening of the strong connective tissue surrounding the shoulder joint.

So how did this condition acquire such a name? "Obviously, adhesive capsulitis is a mouthful," says Nikhil Verma, MD, an orthopedic surgeon at Rush University Medical Center. "Frozen shoulder is just a simpler term that gets to the heart of the problem —  it means the shoulder 'freezes up' and loses motion."

Accordingly, the three phases of frozen shoulder are described as the freezing, frozen and thawing phases. In the first, stiffness sets in along with severe pain. The next phase involves less pain but more loss of function. It's in the thawing phase that healing begins.

Although no one knows why, some people — those with diabetes,  hyper- or hypothyroidism, Parkinson's disease and heart disease — are more susceptible to frozen shoulder. However, it can happen to anyone.

And, for the few who do not respond, surgery is an option. "In a minimally invasive procedure, we use a variety of instruments to release the lining of the shoulder joint and get the shoulder moving again," Verma says.

While physicians know that moving through the three phases of frozen shoulder can take anywhere from a few months to three years, they often don't know what triggers the condition. This means frozen shoulder is an actual "cold case."

This condition can spring from the quick consumption of ice cream or slushies to slurping down a frozen espresso drink too quickly.

In either case, when a cold substance hits the warm roof of your mouth, it sets off a quick contraction and relaxation of blood vessels. This activity results in a burst of pain that may be called an ice cream headache, a cold-stimulus headache or, most likely, brain freeze.

These harmless headaches usually pass in about five minutes, when the body and blood vessels adapt to the cold.

You may associate chills with cold, but these rapid muscle contractions and relaxations are actually the body's way of generating heat. Chills can be your body's response to being out in the cold, an effort to rewarm itself.

However, they can also signal a viral or bacterial infection. In these cases, the heat generated by chills contributes to a rising fever, which is part of the body's attempt to eliminate the infection. So while chills alone may not be dangerous, you should call the doctor if they are accompanied by a high fever.

If you're outside in cold temperatures or you become chilled from rain, sweat or cold water, your body may lose heat faster than you can produce it. If this happens, and your core body temperature drops below 95 degrees, you have hypothermia. Also known as abnormally low body temperature, this condition can affect your brain by slowing down metabolism, leading to a loss of consciousness and even death.

Doctors have long known, anecdotally, that while hypothermia can damage the body, it also has protective qualities. There have been reports of people smothered in snow or drowning in a frozen lake who, despite the lack of oxygen and a low body temperature, somehow survived and made a profound recovery.

Doctors at Rush harness the power of low body temperature with controlled hypothermia — the purposeful cooling and rewarming of a body.

Doctors apply the technique, known as therapeutic hypothermia, on stroke patients who have extreme brain swelling that does not respond to other treatments. The goal is to reduce the swelling before significant brain damage occurs.

If a patient has just been diagnosed with prostate cancer and is concerned about protecting his sex life and his bladder control, then cryosurgery would be among the recommended treatment techniques.

You freeze food to preserve it. But in the case of cancerous tumors, freezing does the opposite.

"Once you bring the temperature inside the tumor down to below minus 10 degrees, you destroy it," says Charles McKiel, MD, a urologist at Rush.

This minimally invasive technique is variously called cryoablation, cryosurgery or cryotherapy. It involves placing a probe into the tumor and then circulating argon gas through the probe. The gas lowers the temperature of the tumor from the inside out until an ice ball forms around it, which essentially freezes to death the tumor cells.

In Rush's urology department, doctors perform this technique to target prostate and kidney tumors. It may be most useful in patients whose age or health make open surgery unadvisable, but it can be used for nearly any patient.

"If a patient has just been diagnosed with prostate cancer and is concerned about protecting his sex life and his bladder control, then cryosurgery would be among the recommended treatment techniques," McKiel says.

Researchers continue to work on refining cryotherapy techniques — and doctors at Rush are hopeful that their ongoing work with patients will contribute to new treatment option that are as effective as they are cool.

How the Body Regulates Heat

A Rush expert discusses what can happen when your body temperature goes awry, from heatstroke to hot flashes to fever.
Read More

Learn about the common causes of shoulder injuries, and what to do if pain is affecting your daily life.

Learn how to help keep your prostate healthy and lower your risk of developing serious problems down the road.

Learn what cold hands may mean — including causes for concern — and what to do about it.