5 Signs of Epilepsy in Older Adults 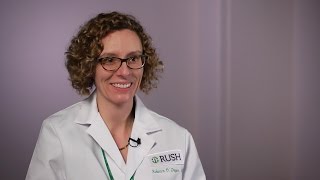 Treating Seizures, Before They Happen

An Algonquin woman is the first patient in Illinois to receive a brain implant using electrical stimulation to suppress epileptic...
Read More

Be on the lookout for these often subtle seizure symptoms

When you think of an epileptic seizure, you probably picture a person lying on the floor having convulsions.

In older adults, however, seizures are often far more subtle — so subtle that they're easy to miss, mistake for something else or dismiss altogether.

Epilepsy is prevalent in people age 60 and older, according to Rebecca O'Dwyer, MD, a neurologist and head of the Older Adult Epilepsy Clinic at Rush University Medical Center, part of the nationally renowned Rush Epilepsy Center. And the numbers are trending upward: Currently, 25 percent of newly diagnosed epileptics are older adults; by 2020, it will likely be 50 percent.

Left untreated, epileptic seizures have been shown to lead to faster cognitive decline. According to O'Dwyer's colleague and epilepsy center Director Michael Smith, MD, "Uncontrolled seizures are a treatable cause of dementia."

That's why it’s essential to be able to recognize when an older adult is suffering seizures. "If we can diagnose and treat the epilepsy earlier, we may be able to slow down the cognitive decline," O'Dwyer says. Seizures can also pose a safety risk (e.g., falls, driving accidents) and contribute to mood disorders such as anxiety and depression, and treatment can improve both mood and quality of life.

Here, O’Dwyer reveals five signs an older adult may be having a seizure:

"One of my patients would pick at the left side of her collar repeatedly. It could be the person is fidgeting with a collar or buttons, fumbling with their hands, making kneading movements or rubbing their fingers together," O'Dwyer explains. "We call these automatisms, because they look like automatic, natural movements."

These behaviors don't typically last long, often less than a minute, and can easily be perceived as nervous tics. In fact, they may be tics. But if you notice them happening regularly, over a period of at least a few months, talk to a doctor to rule out or confirm seizures as the cause.

"We got really lucky with this woman who was plucking at her collar," O'Dwyer says. "Her daughter thought it was just something her mom did. She'd actually been doing it for years. It wasn't until we had her hooked up to an EEG monitor while she was doing it, and she had a focal seizure, that we realized it was epilepsy."

"You know how sometimes when you're falling asleep and in your mind you step off a cliff, your body jerks? It's the same phenomenon. In a person who's awake, that kind of involuntary spasm is called a myoclonic jerk," O'Dwyer says, "and it's a sign of seizure activity."

Myoclonic jerks are extremely common in people with dementia — especially later-stage Alzheimer's disease — but if you see them in a healthy adult while they're awake, consult a neurologist.

Uncontrolled seizures are a treatable cause of dementia.

The period after a seizure, called the post-ictal period, tends to last longer in older adults than in younger people — many hours, or even days. During this period, people are dazed or confused, and afterward they often have no memory of anything that occurred.

If you notice that a loved one is missing chunks of time, talk to their doctor — especially if these episodes occur over a period of several months or are becoming more frequent.

"I had a patient who didn't remember his granddaughter’s wedding," O'Dwyer says. "That's what initially brought him to a neurologist. He was distraught. He saw pictures of himself at the wedding, so he knows he attended, but he had absolutely no memory of being there."

Since memory loss, confusion and searching for words are also common symptoms of dementia, epilepsy may be misdiagnosed as Alzheimer's disease. Look for a diagnosis of "atypical dementia," or when the symptoms suggest dementia but testing shows the person doesn't have it. In these cases, an electroencephalogram (EEG) can help determine if epilepsy is the real culprit.

Maybe a loved one is not as outgoing or chatty as they usually are. They may seem withdrawn or disinterested, or even depressed.

"With the gentleman who didn't remember his granddaughter's wedding, his wife said he seemed a little 'off' that day; he wasn't as interactive as he usually is," O'Dwyer says.

Another patient's daughter noticed a change in his personality. "He was getting a little depressed. One day he would be 'off,' and the next he'd be fine. She couldn't understand it."

Eventually, O'Dwyer was able to confirm the patient was having seizures.

Talk to a doctor if you observe these abnormal behaviors, especially if you see other potential signs.

Frequent falls are always a concern — and a reason to talk to a doctor right away.

If the falls are related to a heart or brain issue, such as an irregular heartbeat, brain tumor or narrowing of a blood vessel in the brain, there will be other symptoms, like lightheadedness, dizziness, shortness of breath or heart palpitations.

"With epilepsy, we look for blanking out spells or unexplained falls in the absence of those other symptoms," O'Dwyer says.

Always call 911 if you notice someone convulsing. The person could have a life-threatening condition, such as a stroke or bleeding in the brain, and require immediate medical attention.

Because many conditions can cause these symptoms in elderly people, the first step should be to see a primary care physician, geriatrician or general neurologist to rule other conditions out.

"The main difference with epilepsy is that the symptoms are episodic — you'll notice them happening multiple times over the course of several months," O'Dwyer says. "Seizures can be quite infrequent at the beginning, though, so pay attention to how often the symptoms occur and whether they're more frequent than the last time you saw the person."

The key, O'Dwyer says, is to not write off the symptoms — instead, write them down. "Keep a diary of everything you notice that's out-of-the-ordinary, no matter how seemingly insignificant. And take a video with your phone and bring it to the doctor's appointment. The more information we have, the better we can assess the situation and figure out how to help."

An older adult may be susceptible to seizures if they have any of the following:

Taking more than the recommended dose of certain medications can also increase the risk of seizures, including the following:

Treating Seizures, Before They Happen

An Algonquin woman is the first patient in Illinois to receive a brain implant using electrical stimulation to suppress epileptic...
Read More

Communication Breakdowns in the Brain

When neurons die, it creates a host of problems for patients with Parkinson’s disease, Alzheimer’s disease and stroke.

If you experience any of these symptoms, get medical attention right away.

More Than Just a Headache?

Is your headache just a nuisance, or is it cause for concern? An expert sheds light.